David Magee will present his first public exhibition of landscape and seascape photographs at Herrick Gallery in February 2018. The exhibition showcases a retrospective body of work spanning twenty-five years, which will coincide with the release of his limited edition book Outside, published by Concentric Editions. This beautifully printed and meticulously produced book presents an overview of his approach to landscape photography consisting of forty-seven plates painstakingly selected from an extensive archive. Outside is a gallery in itself with a collection of images that encapsulate the essence of his atmospheric photography.

The elements – earth, water and air – and where the land and sea meet the sky, are the recurring themes that Magee works with. However, it is the composition and the combinations of light, tone and movement, as well as the passage of time captured through extended exposures that creates the atmosphere that sets his photographs apart. Magee says, “In my photographs, there is no real sense of time or of a specific place. The location is totally secondary to the feeling. The feeling is everything.” Published by Concentric Editions, with only 500 copies worldwide, this limited edition book is hand numbered and signed by the artist. With a foreword by Academy-Award winning director Terry George, and an interview with Dr Collete Nolan. 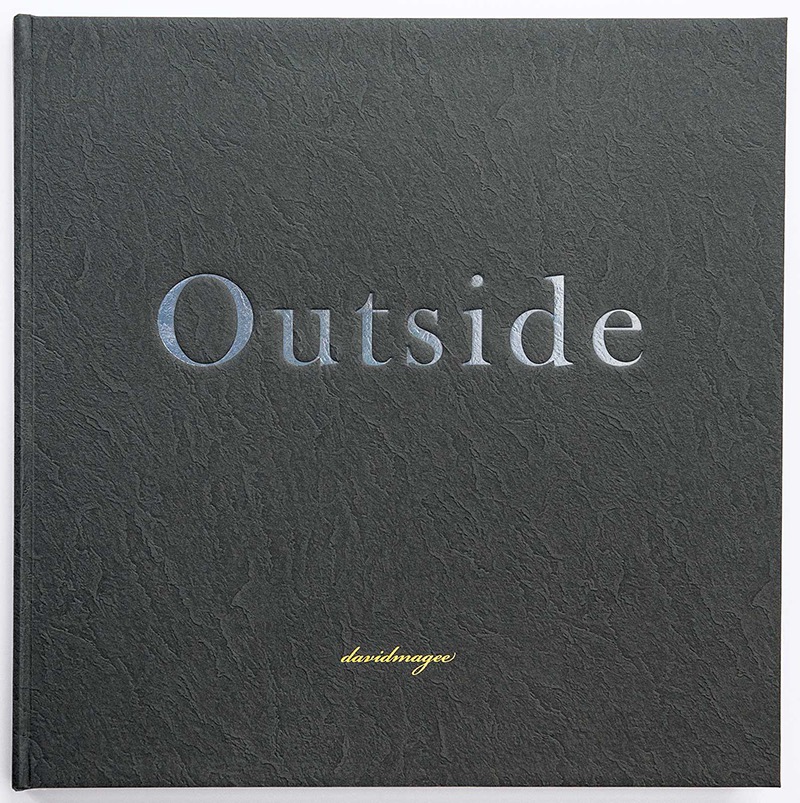 David Magee was born in Cork, Ireland in 1963. He attended Crawford Municipal School of Art, where he studied Fine Art. In 1982, he attended Glasgow School of Art & Design where he received a B.A. Hons. in Graphic Design (studying Fine Art Photography under Thomas Joshua Cooper, Canadian Fine Art Landscape Photographer). Since 1989, whilst running a successful multi-award winning graphic design studio in London, he has continued to combine his passions for photography, landscape and the sea and has produced a comprehensive archive of photographic work.