‘Rise’ reflects upon the historical legacy of the Pequot War, King Philip’s War, and the fear of indigenous people in New England and later throughout the United States. Fear, in this instance, comes from the acknowledgment of our continued presence, not as an extinct people, but as sovereign nations who have witnessed and survived four hundred years of colonization. Playing with recognizable zombie film and TV show iconography, ‘Rise’ highlights parallels between the apocalyptic rising undead and popular misinformation of indigenous people as a vanished race.

Jeremy Dennis (b. 1990) is a contemporary fine art photographer and a tribal member of the Shinnecock Indian Nation in Southampton, NY. In his work, he explores indigenous identity, culture, and assimilation. 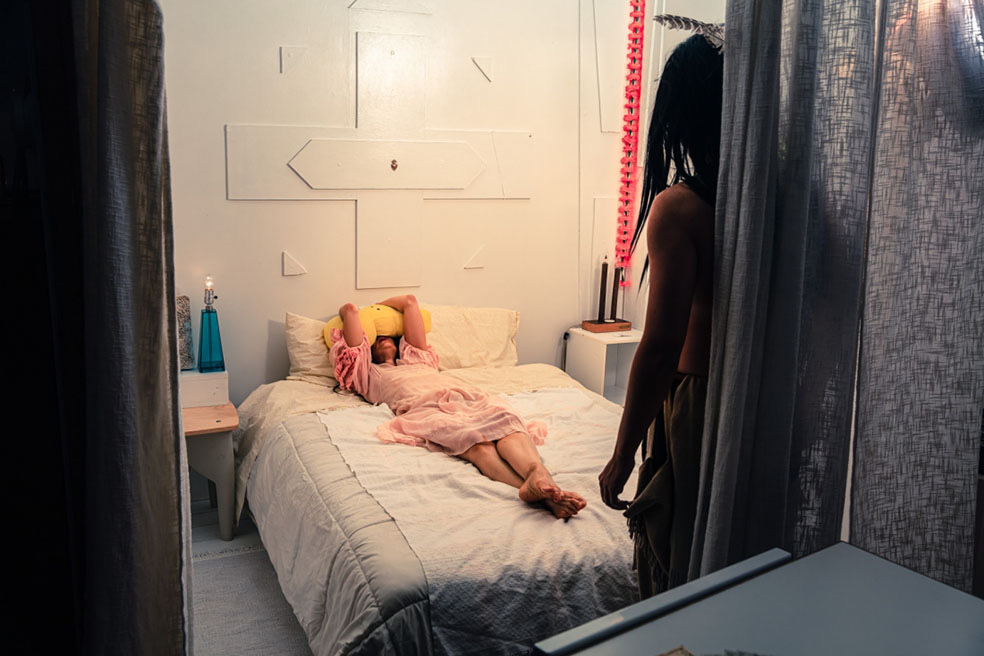